5 Questions to Generate Velocity and Beat the Competition

Leaders know that to compete they must go further and get there faster, but a straight line is not always the fastest route.

Unless you are an engineer or mathematician, it’s unlikely you are familiar with concepts of cycloid, trochoid, or hypocycloid curves. I’m not an engineer or a mathematician, but I am aware of an interesting concept called the Brachistochrone Curve. In case I’ve already lost you, here are some questions to spark your interest.

I  was always told that the fastest route between two points was a straight line. It turns out that’s not always true. Add mass, gravity, and friction to the mix, and this calculation changes.

The Brachistochrone Curve “is the curve on which a massive point without initial speed must slide without friction in a uniform gravitational field in such manner that the travel time is minimal among all the curves joining two fixed points.”

Don’t worry, I’m not exactly sure what that means either, but here’s my interpretation that gives it meaning in the business world:

If you want to beat the competition, you need to identify point A (where you are) and point B (where you need to be), eliminate friction, and use gravity to accelerate early and quickly.

We can apply this curve to any point A to B initiative. I recently embarked on a strategic priority to maximize our company’s tech stack. After a few weeks of planned calendar items that included a few team calls and some to-do items that were delegated, I realized we had not made any significant progress. What’s worse is I had a feeling this initiative might become another project that died on the vine. Then it occurred to me… mass and momentum. I didn’t have enough mass moving fast enough to get this one off the ground and running under its own inertia. I corrected this by reengaging the users and stakeholders of all the platforms we use. We collectively agreed to this as a priority, determined where we were with our tech adoption (point A), and then established where we wanted to be and a solid completion date (point B). Suddenly our calendars started to drop less important items and within just a few days we were back on track and making measurable progress.

I’ve seen this scenario play out with corporate rebranding, hosted to SaaS product redesigns, global sales training programs, and even weekend home projects. Some got the early acceleration needed to take off and others died the slow death of a corporate pocket veto. Regardless of the scope, if you want to stay competitive then use the concept of the Brachistochrone Curve to out-pace your competitors.

Here are five questions to help you apply this concept in your business:

1. What are the gravity creators in your organization?

You can choose to push the rope uphill or you can let gravity pull you in the direction you need to go. Of course, the better choice is to use gravity. Every team is different and will therefore have different motivators. Initiatives that require collaboration and support from multiple teams will need multiple sources of gravity. I’ve seen $500 cash spiffs and team social events drive creativity and action in one team only to be completely ignored by another. These types of incentives have their place and are good incentives for quick action, but don’t have the lasting effect that gravity does. Gravity is constant, it’s invisible and yet it impacts all of every day. Your company’s mission, the passion of your people, and the culture you create should be constant and unseen, like gravity, and should impact every stakeholder every day.

2. How big is the mass you need to accelerate?

The mass is not only made up of the number of teams and number of people, but also hard-to-measure components such as loyalty, commitment to status quo, business as usual, and risk aversion. The bigger your share of the market the harder it will be to change. If you are at the top, your competitors have much less mass and have the potential to accelerate more easily, but they lack the potential inertia and energy that you can generate given the appropriate strategy. If you are a smaller player or new to the market, you have the advantage of agility and quick acceleration and should use that to your advantage.

3. What are the known or predictable points of friction that you can avoid?

Not only can friction slow your rate of speed, but too much friction will also cause a fire.  How many times have you seen leaders rushing to put out fires and then turn around and play the arsonist by starting another fire of their own? Keep in mind that some friction is necessary. Without any friction, we would jump the rails and head in the wrong direction. The friction you need to control is the friction that stops forward progress. These are things like death by committee, micromanaging decisions, conflicting priorities from different teams, and personal loyalties. If you identify too many or too significant of a friction point, your starting point for the project may need to be adjusted.

4. What is your current position, where are you headed and when do you need to arrive?

As you assess your current situation and possible future, you need to be honest and complete in your evaluation.

How many times have you started a project with stakeholder “buy-in” only to find out you didn’t have the support you expected from other teams? My definition of buy-in is that we all agree on our starting point, know the direction we are headed, why we are headed there, what we get when we get there, and when we are committed to arriving.  Define commitment and hold everyone to that commitment.

5. Who holds the charter?

Most of us think of a charter as a long, written document created and used by legislators or organizational founders to establish an entire government system. In this case, we are talking about simple but useful documentation of purpose, ownership, and outcomes. A google search of “simple project charter template” produces over 5 million results. Pick the sample template that fits your need but keep two important items in mind.

Without those signatures you have nothing! How many times have you acquired the needed “buy-in” on a project only to get a few steps in and realize that some of those who promised support don’t even remember committing to the project?

By using these five questions in your business you will be able to go further faster. You will beat the competition by avoiding the straight lines that look shorter, but inevitably take longer. 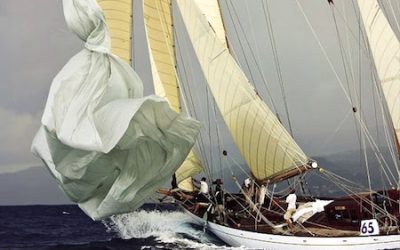 Is your business three sheets to the wind?

When too many areas of the business are struggling simultaneously, it’s easy to feel like we’re “three sheets to the wind.” The best path to steadying ourselves in business is surrounding ourselves with the right team, ensuring they’re trained and ready for any scenario. 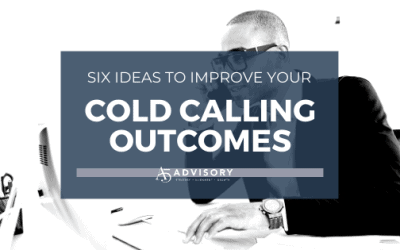 Cold calling can be tough. But there are so many ways to improve your outcomes and make it easier on yourself. Here... 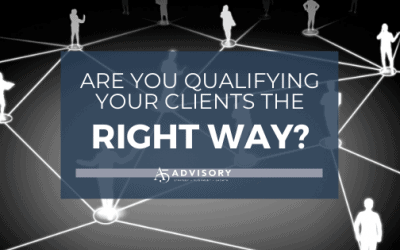 Are you qualifying your clients the right way?

In his Solution Selling Fieldbook, Keith Eades provides a great analysis on what he calls the “Myth of...